There are so many reasons why you should buy a used Kawasaki ER-6n, not only is this lightweight parallel twin a fantastic machine to own and run, it is currently also a superb buy in the second hand market.

Originally released in 2006, the ER-6n was a truly groundbreaking bike much like the recent Yamaha MT-07. This was the first of a new breed of cheap, light and above all tremendous fun middleweights that broke free from the traditional shackles of being forced down the inline four route. Kawasaki had thought outside the box and their gamble paid off as the ER range sold like hotcakes all over Europe.

The key to the ER’s success is its relaxed outlook on life combined with a surprising turn of pace. If you want to take it easy, the parallel twin engine is a joy with perfect fuelling, a light clutch and an overall easy going attitude. It’s an ideal bike for newer riders with a low seat height and hides no surprises or worries on the reliability front. However, it is when you feel in the mood for a bit more excitement that the ER-6n really surprises.

Give it some beans, attack a few corners and the ER-6n is an absolute demon. This is a bike that in race trim dominates its class at the TT and is a real eye opener in the bends. The parallel twin engine loves to be worked hard and responds with excellent drive and a cheeky little top end buzz that will leave you grinning form ear to ear and is very unexpected on such aN easily over-looked bike. Ride an ER6-N and you will love it

In recent years the ER-6n has fallen slightly out of favour due to the staggering MT-07, but don’t let that put you off buying one. It is a brilliant bike for commuting through busy streets, blasting down twisty back roads on and generally simply delighting in the joys of two wheels.

The ER-6n was launched in 2006 and was quickly followed up with the faired ER-6f model and, a year later, the oddball Versys. In 2009 both ER bikes received very slight styling and chassis updates before a complete revamp in 2012. The 2012 bikes (bottom picture) have an entirely new frame as well as longer stroke suspension, a new dash and a new fuel map on the motor that increases power by 1bhp and ups the torque by 2ft.lb. This model remained virtually unaltered until it was discontinued at the end of 2016 to make way for the brand new Z650, which is not just a re-hashed ER-6n but actually quite a substantially altered new model. 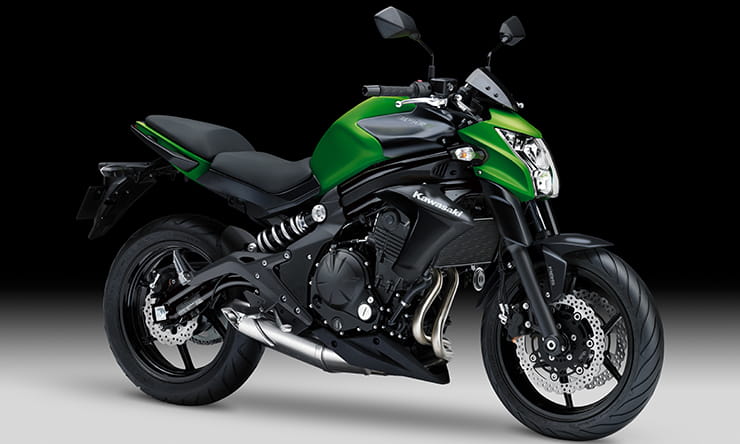 Browse through the vast selection of vehicles that have recently been added to our inventory.

Email to a Friend